Fine Art faculty, Laurent Pernot has many exhibitions coming up in France and abroad. Save the dates for spring and summer 2019!

ALL WE HAVE IS WHAT OUR CHILDHOOD GAVE US 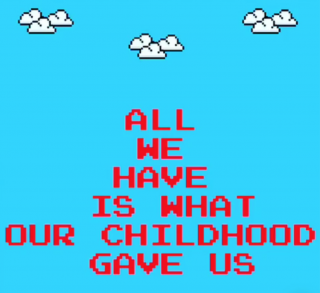 Arthur Dreyfus read excerpts from his text on Saturday March 16, 2019: a fiction evoking the arrival of Leon Blum at Colomiers.

This literary and artistic project focuses on the personality of Léon Blum, a man of letters and a politician, to discuss his career at the Ramassiers from June 22 to September 15, 1940, where he was arrested by General Pétain’s militia. Initiated by the city of Colomiers and driven by Le Pavillon Blanc – Media Library and Art Center of Colomiers, a literary creation by Arthur Dreyfus aims to disseminate the project and the memory of places, ultimately joining the Mémothèque des Fenassiers. It is accompanied by a permanent artistic installation in the public park of the Château de l’Armurier which embodies and transcribes part of the text on site. This work designed by Laurent Pernot is located along the bike path and footpaths. 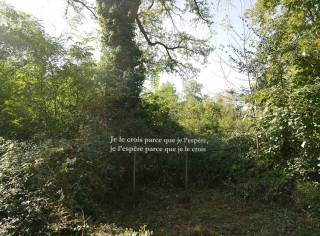 Discover 11 artists who explore the theme of Detoxitude, and a quest for happiness.

Thanks to exceptional loans from French and European museums, the exhibition features works by Eugène Delacroix and his contemporaries as well as works by artists from the 19th and 20th centuries. The exhibition showcases completed works and their preparatory studies in connection with objects, prints, photographs. The work of deconstruction and perspective is enriched through three young contemporary artists: Anne-Lise Broyer, Laurent Pernot, and Jerome Zonder.

May 18 to July 6, 2019
Solo exhibition
As part of the CNAP SUITE Program in partnership with ADAGP
With the support of the Fondation des Artistes
SPACE 36, SAINT-OMER

The Titans exhibition was the first presentation of a project initiated by Laurent Pernot in 2015. Pernot travelled to several countries in Europe and the Americas to photograph open pit mines. Like an inventory, the images reveal sites that are imposing themselves by their spectacular size. In Greek mythology, Titans is the name given to the original gods who contributed to the creation of the world: sons of Ouranos (Heaven) and Gaia (Earth). Here, landscapes are the expression and testimony of destructive forces that often led to the destruction of vast ecosystems. In a process of decontextualization in time and space, Pernot has given photographs a certain dimension, between real and imaginary, tranquility and ambivalence. Mineral architectures shaped by machines appear in their pure presence, as traces of a civilization passed or delivered to another time. 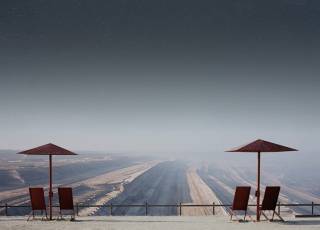