Spending summer 2017 in Paris and you still don’t know what’s up, who’s who, and where’s what? Here are some spots in Paris where you can relax outside while enjoying some hard-earned culture:

Paris Plage is back, this time in two different locations! In Parc Rives de Seine, you will be able to enjoy pétanque, photography walks, wrestling competitions, taï chi, Swedish gymnastics, yoga, bike rides, a Dalida photo exhibition, workshops by BHV Marais, and a barbershop. In Parc de la Villette you can use paddle boats, rowing boats, canoes, ziplining, and you can even take a dip in the canal! It’s cleaner than the Seine, we promise.

Come to the top of Tour Montparnasse and make use of the telescopes available to look at the stars without any of the Parisian light pollution. There will be a temporary exhibition on outer space and conferences about habitable planets! You have to pay to access the top of the tower but after that everything is free. Astronomers are very excited about the fact we’ll be able to see Jupiter, Saturn, Albireo, and even the Andromeda Galaxy will make a surprise apparition.

Colette, the French high fashion, streetwear, and accessory retailer is organizing a “Japanese” flea market where you will be able to find kimonos, yukata, haori, furoshiki, tenugui, fabric, etc… 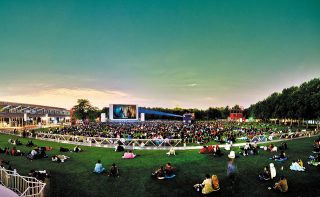 Come watch movies while sitting in the Parc de la Villette! It’s all free, and they’re showing both classic and recent movies. Some of the screenings this year: 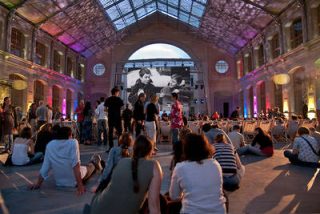 Le 104 is showing four films for free this summer and everyone can bring their own snacks. There’s even going to be a ball on the last day!

Funfair at the Tuileries Garden

Every year, the Tuileries Garden sets up a funfair between June and August. You can go on rollercoasters and watch the Eiffel Tower while screaming upside down. They have bumper cars, trampolines, climbing walls, zip wires, giant slides, ghost trains, etc… 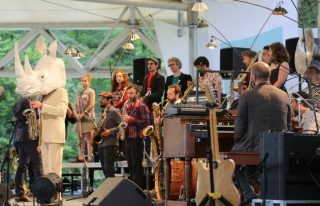 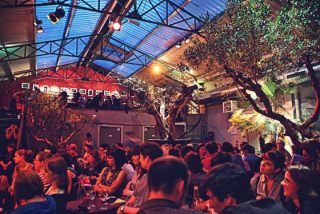 This place used to be a very popular self-managed squat in Belleville. It has since been taken over by La Bellevilloise and it’s becoming the new hotspot this summer. Music, balls, markets, performances and exhibitions can be found there all summer long!

Artist Olivier Grossetête is building a giant structure made out of cardboard boxes in Paris this year. You can even help build and set up the monument!

The jardin d’acclimatation is being turned into a beach resort this summer. There’s going to be a beach, deckchairs, and a concert every Friday afternoon. It costs 3.50€ to get into the garden and then everything is free! 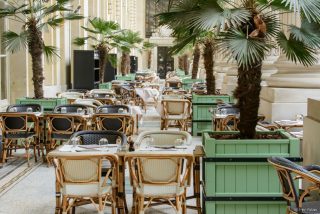 For their Jardins exhibition, Grand Palais has turned their terrace into a luxurious garden. They have lots of seasonal snacks and drinks, and even flower smoothies.

Come see Etienne Saglio’s beautiful Phantom Project. In between reality and dreamlike poetry, Saglio’s performance is going to be one of a kind this summer (Come to the garden through Théâtre Monfort). 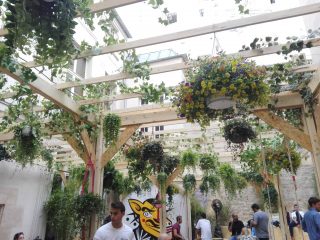 Corona is opening a temporary bar in artist studios in the 3ème arrondissement. Perfect to have a drink while enjoying some art! There’s also going to be a printmaking workshop accessible to all, if you want to show off your skills.