To consider “Cross Urban” in the age of global transformation shifts us from spectators of urban space’s spontaneity to participants in a vast community restless to relate with the vicissitudes of our ever-changing geo-location.

What started in 2008 as a weekly work methodology between artists Cynthia Lawson Jaramillo and Klaus Fruchtnis has amplified. Not only are the 260 photographs created from words in an online dictionary, but also in the creation of a habit they’ve developed a progression in which collaboration takes them to infinite multidisciplinary work platforms from the expository and the educational:

The works in “Cross Urban” are triptychs made up of a word with its definition in the text as well as image. This image is always composed of the photograph of the same artist on the left and the other on the right. Together they exhibit each one’s expressions while complementing one another, though identifiable and permeable between them. The random words are the conducting thread between the artists, and their meanings give content to the image.

Ultimately, the full composition tips over toward unison in a visual entity. Additionally, it takes into account coexisting elements such as typography, translation, grammar, phonetics, and the geographical location in which each artist found themselves. 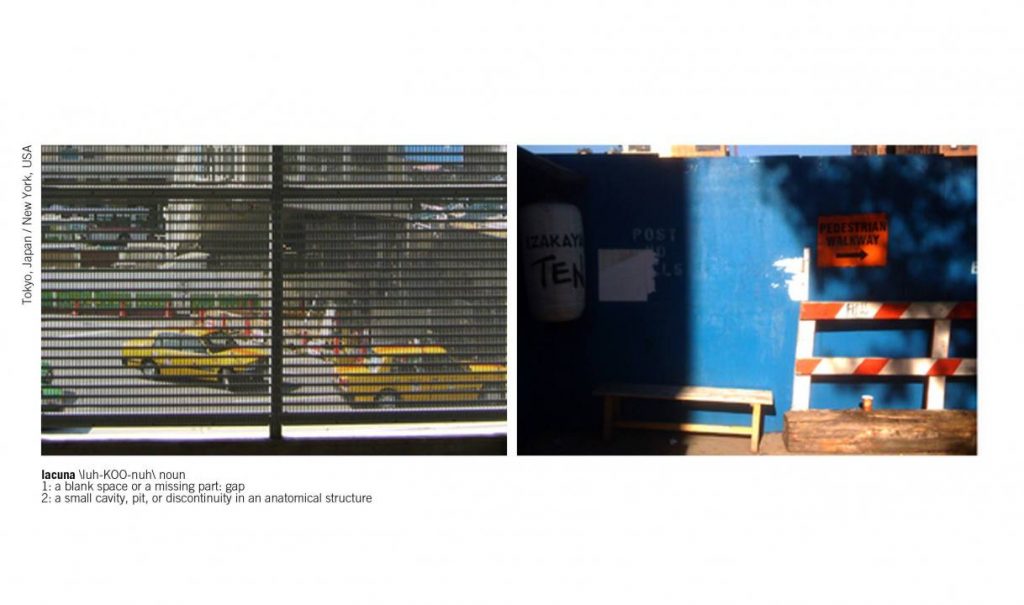