Every semester, PCA invites a group of experts from different creative/technological fields to share their knowledge and experiences with the PCA community. These talks are designed to foster knowledge, sharing and casual conversation with experts, researchers, and artists. PCA Talks are open to all! 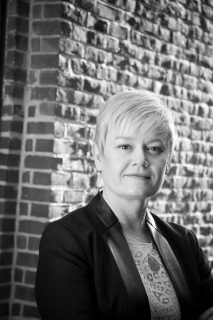 Ellen McBreen is an author, curator, and Associate Professor of Art History at Wheaton College. She earned a BA (magna cum laude) from Harvard University and an MA/PhD from the Institute of Fine Arts, New York University. McBreen specializes in 19th-early 20th century French art and visual culture and has also worked as a museum educator for Paris Muse, the company she founded in 2002. In 2011, she was invited by the Guggenheim Museum to deliver the first annual Robert Rosenblum lecture for emerging art historians. In December, 2016, McBreen co-curated Matisse in the Studio at the Museum of Fine Arts, Boston. The international Matisse exhibition was the first of it’s kind to “examine the roles that objects from the artist’s personal collection played in his art, demonstrating their profound influence on his creative choices.” McBreen divides her time between Providence, Rhode Island, and Paris, France. 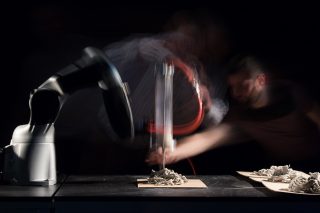 Ianis Lallemand is a Paris-based designer, artist, and researcher. His work investigates the tension and convergence between code and matter, at the intersection of computation, data-driven design and digital manufacturing. His main research interest lies in the question of materiality, and its relationship between digital design methods, instruments and ideologies. Focusing on his recently completed doctoral research, this talk will attempt to provide a critical reading of digital fabrication technologies through theoretical, historical and practical perspectives.

A graduate of the École Normale Supérieure (Paris), Ianis Lallemand holds a MSc in Engineering from Université Paris 6 and a PhD in Design from the École nationale supérieure des Arts Décoratifs (EnsAD) / PSL Research University.

His work has been exhibited in France and abroad. After defending his PhD thesis at the Gaîté lyrique in Paris with a solo exhibition, he now teaches classes and workshops at several institutions in Paris, while pursuing a freelance design practice and research collaborations. 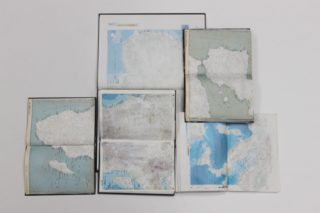 Tania Kovats is a British artist whose primarily sculptural and drawing practice is an exploration of landscape. Kovats studied at Newcastle Polytechnic before completing her MA at the Royal College of Art, London. Her work includes temporal and permanent works in the landscape and public realm. Her significant works include TREE for the Natural History Museum London, marking the bicentenary of Charles Darwin; MEADOW, the transportation a wild flowering meadow along the inland waterways systems of the UK; Rivers, which is her collection of water from one UK hundred rivers, housed in a boat house on a lake at Jupiter Artland in Scotland; All the Sea, 2014, made with sea water collected from around the world by a global network of water gatherers. This formed a central piece in her solo Fruitmarket exhibition Oceans. She has works in major national and international collections and has sculptures in the public realm including works awarded by The National Trust, and The Contemporary Art Society.

In 2013 she was appointed as the Artist in Residence at the Institute of Astronomy, Cambridge University leading to works that came out of stellar cartography and the Gaia space program that is mapping the Milky Way for the first time. In 2015 Kovats was awarded the James Lovelock commission. In 2015 she was nominated for the Max Mara Art Prize. Her published works about drawing include The Drawing Book – A survey of drawing: the primary means of expression, an outcome of being the Henry Moore Drawing Fellow in 2004. Her first monograph, Tania Kovats, was published in 2010 by Lund Humphries. In 2014 she published Drawing Water – Drawing as a Mechanism for Exploration, which is a collection of drawing by engineers, artists, illustrators, whalers, explorers, sailors, archaeologists, and dreamers all thematically linked by the sea. Recent solo exhibitions include: Evaporation, Museum of Science and Industry Manchester; Watermark, Pippy Houldsworth Gallery; and Oceans at The Fruitmarket Gallery Edinburgh. Recent group exhibitions include: Vitea Vitale 56th Venice Biennale, 2015; and Galapagos at CAM in Lisbon, 2012. She is Course Leader of the MA Drawing Course at the University of the Arts, Wimbledon and the Co-ordinator of The Centre for Drawing. 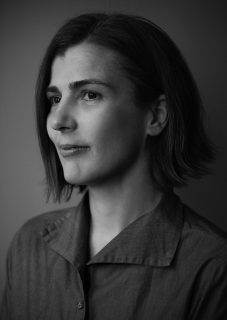 Susan Bright has worked within the arts for twenty years and has a track record of innovative exhibitions, publications and programming specialising in how photography is made, disseminated and interpreted. She has curated exhibitions internationally at institutions including: Tate Britain, The National Portrait Gallery in London and The Museum of Contemporary Photography, Chicago amongst others.

The exhibition How We Are: Photographing Britain was the first major exhibition of British photography at Tate. The exhibition of Home Truths (Photographers’ Gallery and the Foundling Museum and traveling to MoCP, Chicago and Belfast Exposed) was named one of the top exhibitions of 2013/2014 by The Guardian and The Chicago Tribune.

Her published books include: Feast for the Eyes: The Story of Food in Photography (2017), Home Truths: Photography and Motherhood (2013), Auto Focus: The Self Portrait in Contemporary Photography (2010), How We Are: Photographing Britain (2007: co-­‐authored with Val Williams), Face of Fashion (2007), and Art Photography Now (2005).

She holds a Ph.D in Curating from Goldsmiths, University of London.